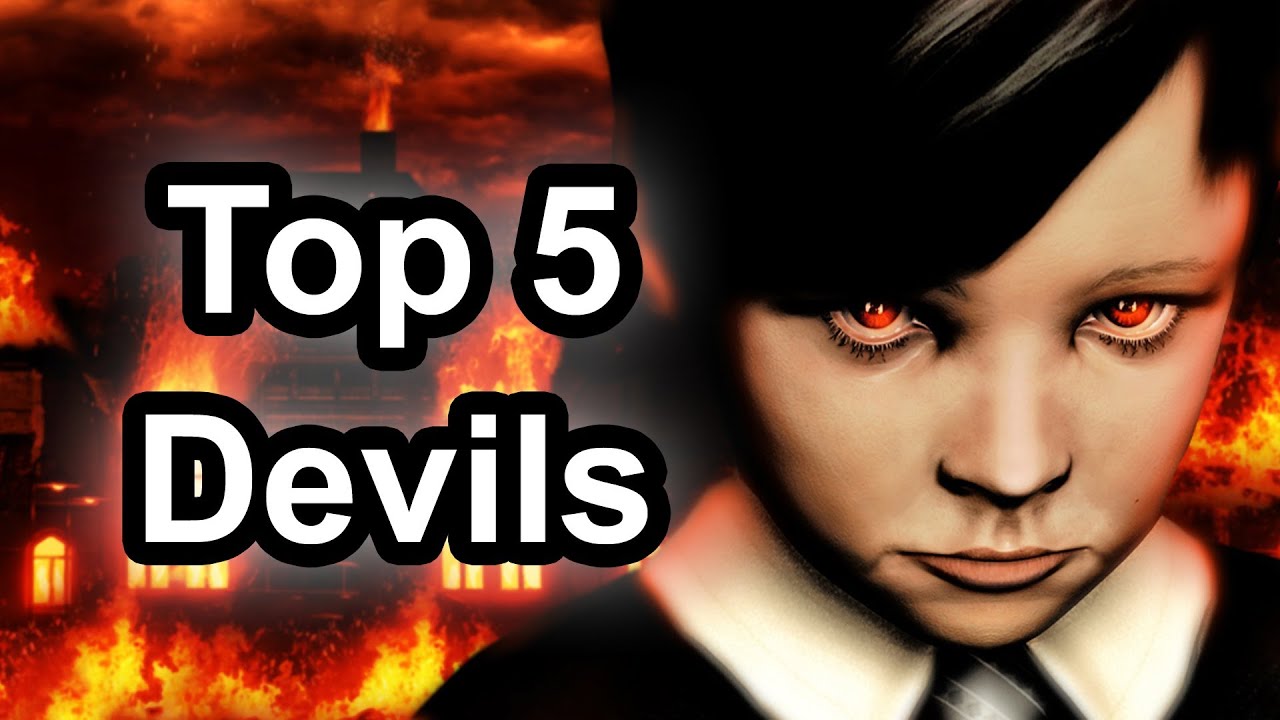 Evil comes in all shapes and sizes. But the true face of evil is of course the devil himself. Here are the five best portrayals of true evil in gaming!

Demonic arms might not be the most classical representation of the devil. But when an evil voice wants you to do terrible things, you must admit The Darkness sure smells a lot like Lucifer.

In The Binding of Isaac you lock yourself in a basement because your own mom wants to kill you. As if that isn’t messed up enough you found a whole bunch monsters there including good old Satan. He voices lines from your Mom played backwards. Boy that’s creepy.

Lucius might just be the son of the devil but that doesn’t make him any less evil. All sorts of ‘accidents’ happen around this kid. Lucius was born on June 6th in 1966 and on his sixth birthday, he started showing signs of his true origin. I’m sure his father would be very proud.

In Dante’s Inferno you literally travel through the nine circles of hell to kill the ultimate evil, Lucifer. It doesn’t take long before he reveals his true form … which is kind of impressive. Who knew the devil was hung like a horse?

The best and most classic portrayal of the face of evil is of course Diablo from the Diablo series. This ultimate evil is the Lord of Hatred and he has only one purpose: The destruction and enslavement of all mankind. And if you’re lucky he will also drop some epic loot.

Zoomin.TV Games is your number one source for tips, top 5 videos, funny videos, reviews, interviews and more about your favorite video games! On Zoomin.TV Games we love the latest and biggest games, like Assassin’s Creed 4 Black Flag, Call of Duty Black Ops 2 and The Walking Dead, but also hot upcoming titles like Bioshock Infinite, Grand Theft Auto 5, The Last of Us, the new Super Smash Bros for Wii U, new Command & Conquer and many more. You like what you see? Subscribe for more videos about your favorite Playstation 3, Xbox 360, WiiU, 3DS, Vita and pc games! And of course we talk about the Playstation 4 (PS4) and the new Xbox 720, or whatever it’s called.

*** Youtube Partnership with Zoomin.TV Games ***
When you are interested in Youtube Partnerships, you’ve come to the right channel. We offer partnerships to gamers that have an opinion or want to show their skills on Youtube. You should know you can’t use copyrighted music or video, but your own gameplay videos with your own voice-over is perfect! More information about Youtube Partnerships can be found by going to our channel and clicking the red button in the top menu. Good luck!