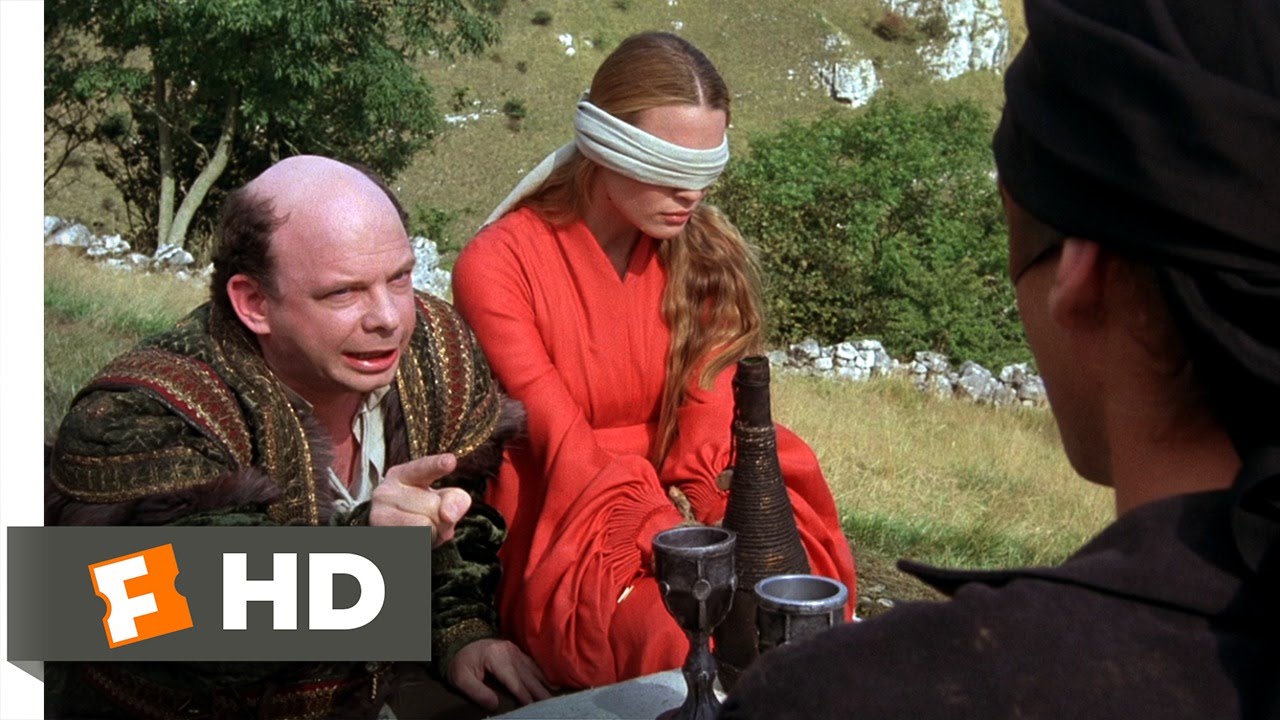 FILM DESCRIPTION:
Based on William Goldman’s novel of the same name, The Princess Bride is staged as a book read by grandfather (Peter Falk) to his ill grandson (Fred Savage). Falk’s character assures a romance-weary Savage that the book has much more to deliver than a simpering love story, including but not limited to fencing, fighting, torture, death, true love, giants, and pirates. Indeed, The Princess Bride offers a tongue-in-cheek fairy tale depicting stable boy-turned-pirate Westley’s journey to rescue Buttercup (Robin Wright), his true love, away from the evil prince (Chris Sarandon), whom she had agreed to marry five years after learning of what she had believed to be news of Westley’s death. With help from Prince Humperdinck’s disgruntled former employee Miracle Max (Billy Crystal), swordsman Inigo Montoya (Mandy Patinkin), and a very large man named Fezzik (Andre the Giant), the star-crossed lovers are reunited.

WHO ARE WE?
The MOVIECLIPS channel is the largest collection of licensed movie clips on the web. Here you will find unforgettable moments, scenes and lines from all your favorite films. Made by movie fans, for movie fans.