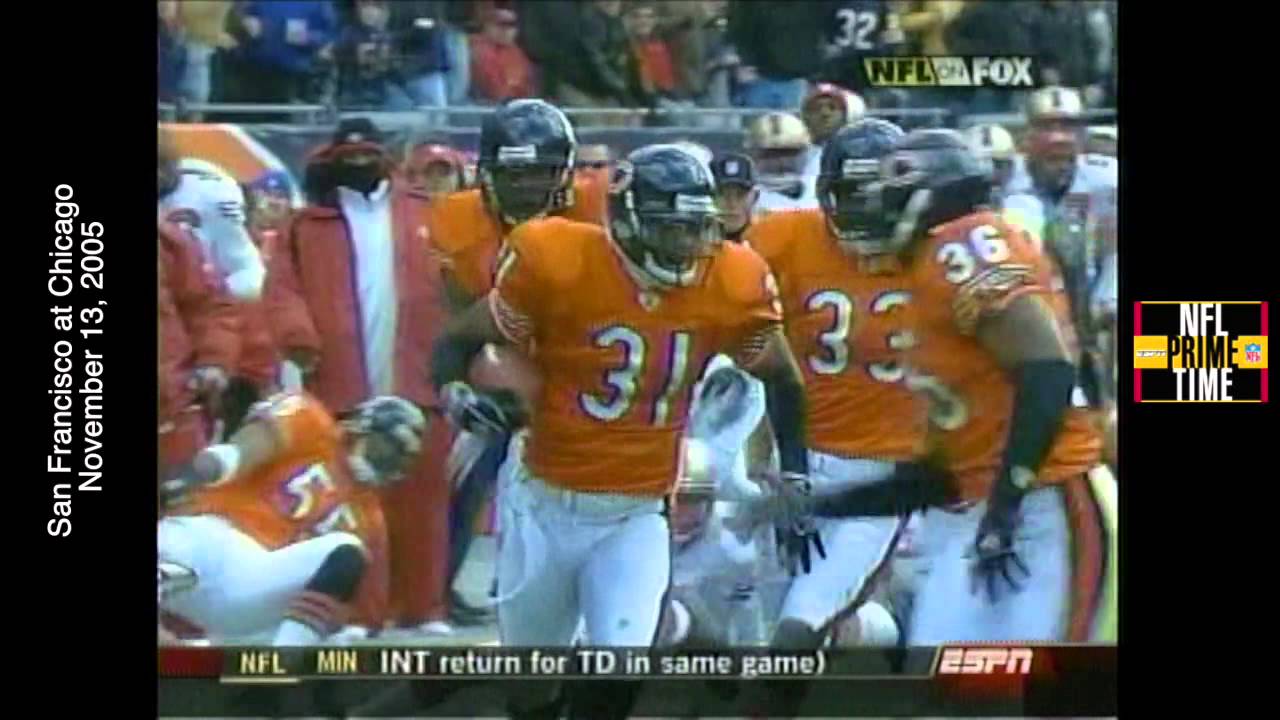 This was a classic NFL Primetime game on ESPN.

Bears’ Vasher Returns Missed FG 108 Yards
The Associated Press
Sunday, November 13, 2005; 4:20 PM
CHICAGO — In the longest play in NFL history, Chicago Bears defensive back Nathan Vasher returned a missed field goal 108 yards for a touchdown on the final play of the first half Sunday against the San Francisco 49ers.

When Joe Nedney’s 52-yard attempt went wide right in a strong wind, Vasher caught the ball over his shoulder, hesitated momentarily whether to come out of the end zone, sprinted to the 15 and then reversed his field with a spin, picking up a convo
Getting blocks down the sideline from Lance Briggs and Chris Harris, Vasher weaved his way past the 49ers for a stunning touchdown that gave the Bears a 7-3 halftime lead.

The previous longest play also was a return of a missed field goal, 107 yards by Baltimore’s Chris McAlister against Denver on Sept. 30, 2002.